After graduating as an engineer from the École Nationale Supérieure des Arts et Métiers, Francis Rossignol specialized in the aeronautics field. He then had the opportunity to join Dassault Aviation, in the field of industrial computing.

He was also able to evolve by alternating operational management positions with a predominance in production, repair and service in the industrial field with IT and organizational consulting functions.

Since 2020, Francis Rossignol has chosen to fully invest in the digital transformation of the industrial sector within Safran.

In a cross-functional role at SAFRAN Landing Systems to build and deploy a SMART Factory roadmap for the 16 industrial sites around the world, he also contributes to the various Manufacturing 4.0 initiatives of the SAFRAN group.

Digital transformation : what are the challenges for tomorrow?

Today, we are in a context where the industry has suffered the full force of the health crisis related to Covid-19. According to Francis Rossignol, the main challenges we face today are a “survival phase” for some industry players, while at the same time preparing for the end of the crisis, so that we can once again meet the challenges of increasing production rates and an even more demanding environment in terms of competitiveness.

At Safran, the first objective was to anticipate the problems they might encounter from the start of the health crisis: “We have to prepare for the future”.

It is therefore necessary to maintain a strong momentum as the crisis ends. By being more competitive and by judiciously using the levers brought by digitalization and automation.

But how can we go beyond traditional improvement approaches (Lean) by selecting the best 4.0 levers and digital solutions that are sufficiently mature to achieve operational performance objectives ?

According to Francis Rossignol, the human aspect remains essential:

“In what way, having reduced means and human resources, can we prepare for an exit from the crisis where we will be stronger than before?”

The high-performance factory of tomorrow : what levers to adopt in this period of crisis ?

Today, it seems necessary to make factories more environmentally responsible. Indeed, there are still major societal issues to be addressed, and these are becoming essential.

Safran has made some very ambitious commitments, both in terms of aircraft design, in line with expectations in terms of reducing carbon impact, and in terms of the environmental impact of the industrial resources used to produce these aircraft. It is also an issue of attractiveness to the new generations who wish to give more meaning to their professional commitment.

In a context where the freedom to travel, for example, is becoming more complex, companies have a duty to acquire a certain social responsibility towards their employees.

The introduction of new concepts such as collaborative working represents a great opportunity to meet the needs of industrial companies and thus facilitate remote working. Obligations that arose during the lockdown periods of Covid-19 have established new practices that will endure.

Moreover, traceability represents an essential lever for the development of industry. It is in this context that Zozio’s solution caught the attention of Safran, which was faced with great needs in terms of traceability and tracking of flows, but also of data collection.

According to Francis Rossignol, augmented reality is one of the technologies that have reached a sufficient stage of maturity to generalise its use cases.

Augmented reality is no longer a “gadget” for POCs (Proof of Concept) but a mature solution that has enabled an important step to be taken in the digitalisation of industry, particularly for tasks with high human added value such as assembly or inspection.

New uses of industrial data represent a high potential for the industrial sector. Indeed, they allow for a more consistent and beneficial autonomy for the user. Having fast and efficient access to field data, as well as visibility on real-time flows, becomes particularly profitable in these times of crisis.

Anything that enables the collection of industrial data on execution and the extraction of value from this data is an opportunity to identify and implement areas for performance improvement, or to deal with discrepancies.

This new data dimension has led to the emergence of new professions and profiles such as data analysts and data scientists, for whom the war for talent has begun.

More generally, to accompany the rise of our SMART Factory roadmaps, those who will make the difference today and tomorrow will be the profiles combining the dual skills of Industrial Engineering and Digital.

I am one of them.

« I encourage young engineers to acquire this dual culture of Industrial Engineering and Digital Engineering, if they wish to play a role in the SMART Factory »
Francis Rossignol,
Vice President of Smart Factory at Safran Landing System. 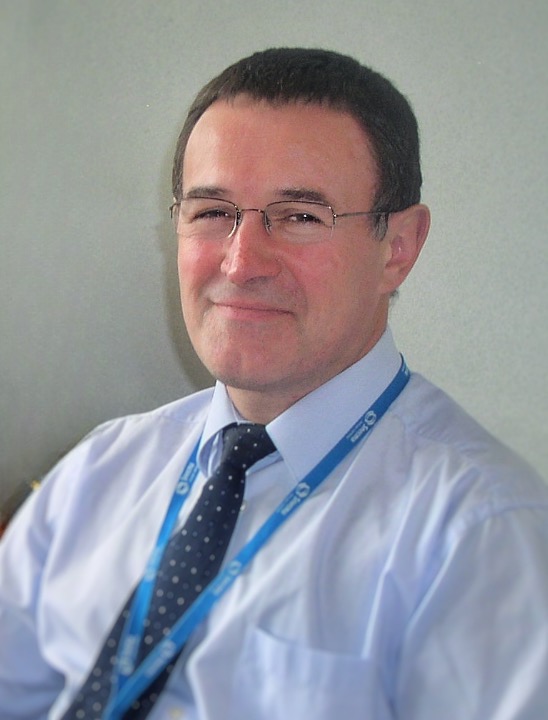 We thank Francis Rossignol for this interview 4.0 that he was kind enough to grant us !

You want a demo

You want to discover the platform and its features exclusively? This is the place to be!
Contact Us

MERCI DE CONSULTER LE SITE UNIQUEMENT EN FORMAT PORTRAIT
The website uses modern and creative technologies.
Please consult this on a more recent browser such as Chrome, Firefox, Safari, or Edge.
Contact Us
Interested in our solution? Fill out the form and one of our experts will contact you.

By using the contact form, I accept the site’s privacy policy.
Zozio pays the greatest attention to your personal data and undertakes to protect them, so that their collection and processing, carried out from this site, comply with the law n ° 78-17 of January 6, 1978 as amended relating to the IT, files and freedoms as well as Regulation (EU) 2016/679 of the European Parliament and of the Council of April 27, 2016 applicable to May 25, 2018. These data are not transmitted to third parties and their retention period is limited to 13 months from collection.

Subscribe to our newsletter
Receive our quarterly updates on our practices: published articles, ...

Zozio pays the greatest attention to your personal data and undertakes to protect them, so that their collection and processing, carried out from this site, comply with law n ° 78-17 of 6 January 1978 amended relating to data processing, files and freedoms as well as to Regulation (EU) 2016/679 of the European Parliament and of the Council of April 27, 2016 applicable on May 25, 2018. These data are not transmitted to third parties and their shelf life is limited to 13 months from collection. For any questions about the processing of your data in this device, you can contact our data protection officer via our contact page. This form is protected by reCAPTCHA and the Google Privacy Policy and Terms of Service apply.

By using the contact form, I accept the site’s privacy policy.
Zozio pays the greatest attention to your personal data and undertakes to protect them, so that their collection and processing, carried out from this site, comply with the law n ° 78-17 of January 6, 1978 as amended relating to the IT, files and freedoms as well as Regulation (EU) 2016/679 of the European Parliament and of the Council of April 27, 2016 applicable to May 25, 2018. These data are not transmitted to third parties and their duration retention is limited to 13 months from collection.